Acute Lymphoblastic Leukemia: Paige McCoy and her hopes for motherhood

Three years into a happy marriage and hoping to soon become a mom, Paige McCoy first had to face a fight for her life.

Paige McCoy
Parker, Colorado
Transplant: 2016
Diagnosis: Acute Lymphoblastic Leukemia
Many thanks to the Colorado Blood Cancer Institute/Presbyterian/St. Luke's Medical Center and the American Society for Transplant and Cellular Therapy for sponsoring this story.

Paige McCoy rarely holds still; she’s young mom, a generous community member and one half of a rock-solid partnership, with many of life’s major moments still in front of her. “It’s kinda weird to say this,” she says, “but I don’t feel like I ever even had cancer.” And yet, she did.

In the Fall of 2015, at 28 years old, three years into a happy marriage and hoping to soon become a mom via in vitro, Paige was filled with hope and possibility. “We had three perfect embryos,” she says, “when I got sick.” On a visit to her general practitioner (for a racing heartbeat she assumed was simply nerves) Paige raised alarms and was sent to a nearby ER. “My husband met me at the ER, we were laughing, talking about what we were going to make for dinner.” Within hours, Paige was diagnosed with Acute Lymphoblastic Leukemia. Her beautiful love story, her dreams of motherhood and her identity as a person who “looked and felt totally normal,” were suddenly being menaced by an aggressive, potentially fatal cancer. 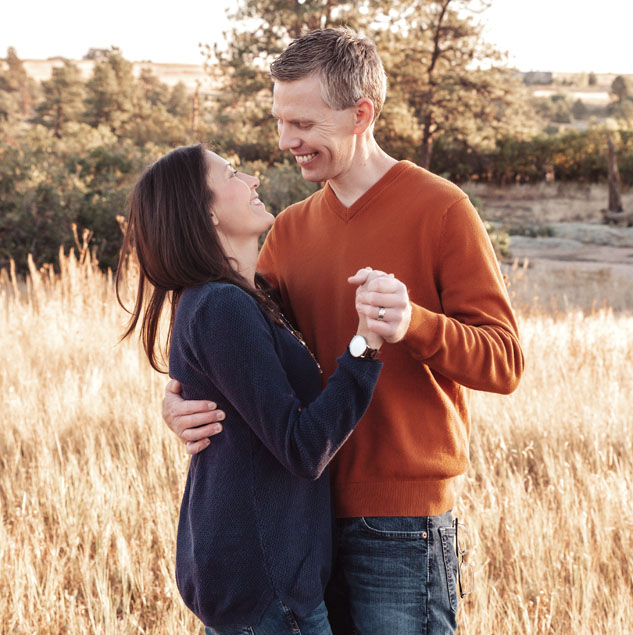 Thankfully, she did not have to fight alone. From diagnosis onward, Paige’s husband Jeff was continuously at her side. As she transferred to Presbyterian St. Luke’s Medical Center in Denver for immediate treatment, Paige says, “Jeff drove behind the ambulance all the way.”

By December, it was clear that Paige’s best chance of survival was a stem cell transplant. “When we looked at the, registry” Paige says, “I had one donor: Thomas. He’d only been on the list for five months. He’d signed up at a college campus (in Chattanooga, Tennessee). If he hadn’t been on the list, what would have happened?”

Even as she and Jeff rejoiced, Paige was coping with re-envisioning her path to motherhood. “When we met with the radiologist for total body irradiation,” she says, “he explained that uterus would be completely ruined and we’d need a surrogate for any embryo.” Though surrogacy wasn’t the original route she’d imagined to motherhood, it was a precious chance to have the family she and Jeff so dearly desired. If she could heal, she resolved to one day find the perfect surrogate for one of their three perfect embryos.

The next many months were terrifying. After her transplant in January, Paige endured a long and brutally unpredictable recovery. She suffered severe graft-versus-host disease of the colon and intestines, her weight dropped to 77 pounds, she required a feeding tube, and she grappled daily with waves of anxiety and depression. As ever, Jeff’s unstinting love and support lifted her. “While I was busy thinking of worst case scenarios,“ she says, “Jeff came up with this idea of a bucket list of things to look forward to.” The list included seeing Adele at close range, petting a penguin, and renewing their vows overlooking the Grand Canyon. And yes, it also included becoming parents. 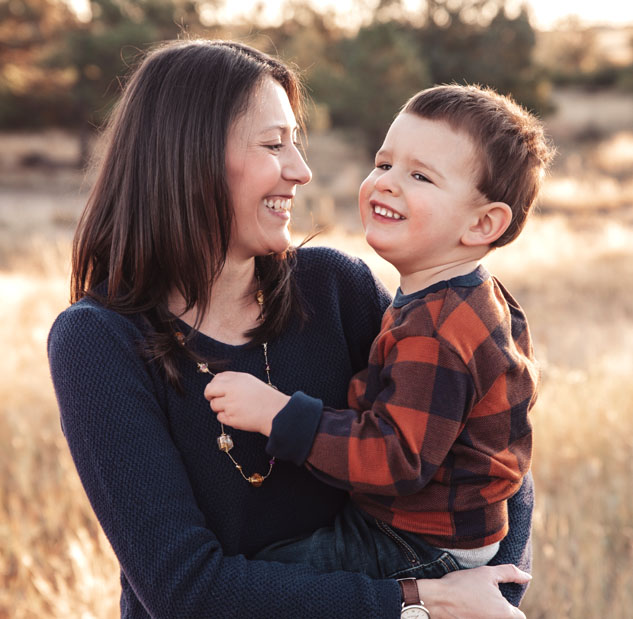 In 2019, Paige and Jeff experienced the ultimate joy: with the help of a surrogate in Oregon, they had a healthy baby boy. His middle name is Thomas, in honor of her donor. As if running after a two-year old were not enough, these days, Paige – who is leukemia-free and 100% engrafted -- volunteers for several organizations, including the Colorado Blood Cancer Institute. As she says, “I made this promise in the hospital. If God let me beat this, I would never stop giving back.”

Colorado Blood Cancer Institute (CBCI), a part of the Sarah Cannon Cancer Institute at Presbyterian St. Luke’s Medical Center, is a FACT accredited program that provides comprehensive hem-malignancy care including autologous and allogeneic stem cell transplant and is a certified commercial and research CAR T provider. CBCI also performs transplants for autoimmune disorders and multiple sclerosis.  CBCI is celebrating its 30th Anniversary as a transplant program and has performed over 5300 BMTs since its inception and we perform > 330 transplants annually. We are committed to scientific investigation of the most progressive treatments dedicated to cure cancer.

The American Society for Transplantation and Cellular Therapy (ASTCT), aformerly known as the American Society for Blood and Marrow Transplantation, is a professional society of more than 2,200 healthcare professionals and scientists from over 45 countries who are dedicated to improving the application and success of blood and marrow transplantation and related cellular therapies. ASTCT strives to be the leading organization promoting research, education and clinical practice to deliver the best, comprehensive patient care.