A young mom from a small town in Alaska tackles the biggest challenge of her life: finding a cure for her son with leukemia 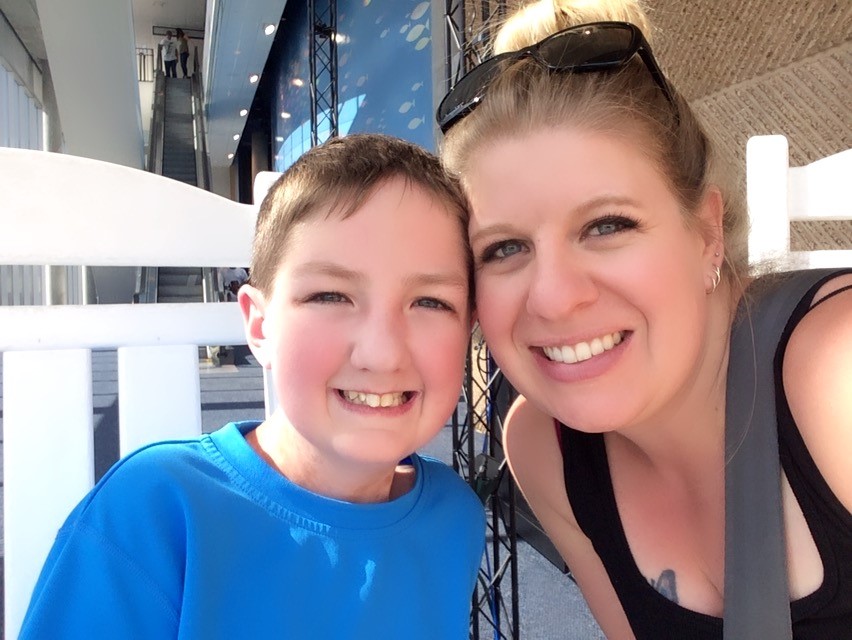 When he was two years old, Connor Dunham became ill in the small town of Wasilla, Alaska, headquarters of dog sled mushing and the Iditarod Trail Sled Dog Museum.  With a population of 8,621, the Dunham’s home town couldn't possibly have provided the resources that the family needed for what was to come.

A brand-new big brother to three-month old Carson, Connor was sick with what his mother believed was a strep infection.  What the family found instead was that Connor had acute lymphoblastic leukemia (ALL), and a white blood count that was rapidly spiraling out of control.  Within 48 hours, Connor’s illness became an emergency that required medical care in Anchorage and then an urgent flight to Seattle by Medevac.

The emergency demanded that this very young family create an immediate division of labor with Connor in the center. Dad Steve had to be in Wasilla to continue to work in the oil fields to maintain family health insurance, while mother Alicia was at the front lines in Seattle in a crash course about something she never dreamed she’d have to know so intimately.

“I had to grow up really fast,” says Alicia. “I was in a marriage that was less than three years old and it was not on my radar at all that I could have a sick child.

As she began to understand Connor’s condition, it became clear that he needed a transplant. An unrelated female donor in Europe was found to contribute the stem cells that put Connor on the road to recovery.

“It was very intimidating in the beginning,” says Alicia, “I faced a team of doctors each morning, and at first I didn’t even understand the words they used.”

Little by little, Alicia began to understand the words that led to understanding Connor’s leukemia and upcoming transplant and their effects on his body and his life.  On all their lives.

Alicia, Connor and baby Carson moved into the Ronald McDonald House in Seattle, and Steve went back to Wasilla.

“When children are involved, there are many layers,” Alicia says. “There’s their total dependence on you to make decisions about which you know very little and often there are other children who need you, too.”

Alicia’s relationships changed as her life and circumstances changed. Friends no longer understood her.  Often, they didn't know what to say to Alicia so they said nothing.  Many didn’t know what to talk about, and with the best of intentions, they no longer talked about their lives with her, thinking their problems were not as important as hers.

“Many of my friends stopped sharing their pain and trials, because they didn’t think those trials were at the same level. They didn’t want to say their kid had a broken arm,” Alicia says. “I had to not take it personally and grow a thicker skin.”

Alicia found, too, that she was different than other moms of pediatric oncology patients who were not getting transplants but were under more traditional oncology care.

And though he was a small baby, Carson had to take a back seat frequently.

On the other hand, new bonds were formed with people who came, unbidden, from other places, like the Ronald McDonald House.  When Alicia had to be with Connor at treatments, other parents there stepped in for Carson.

Carson had to grow up way too fast,” says Alicia. “All his first developmental targets happened at the Ronald McDonald House – like rolling over, walking, and even his first birthday party were there.

Today, he’s a sensitive, caring boy whose teachers draw on his insight and care for support with kids who need it.

Carson was witness to kids not living ordinary lives, to his brother’s struggles, and to his mom’s relentless navigation of care for Connor.

Alicia’s focus was on finding the best path for Connor and she wanted to have a team who took her thoughts and input into account.

“I finally came to the conclusion that I’d rather be thought of as a crazy, overprotective mother than have someone miss something,” she says.

Alicia encourages other parents not to get caught up in statistics because they’re not necessarily relevant to their child.

“They just scared me.”

She also encourages parents to take any opportunity to care for themselves as “taking care of the caregiver takes care of the patient.”

Since Connor’s central line was removed after 10 years – promoting him to infrequent, follow-up care – Alicia is re-finding herself, letting herself exhale, and concentrating on herself a little bit more. She feels good about all the concentration on her family, making sure they did lots of fun things together to create memories of a childhood outside the hospital.

He’s doing well. He plays soccer, even with ankles that don’t work properly, though he’s not the star he wants to be. He’s in all normal classes and loves to read.  It’s hardest socially, because he had to grow up so fast, around mostly adults and other kids who were very sick.

“He has learned to adapt well,” says Alicia.  “They’re both incredible boys.  They’re my heroes.”