Brooke learned early in life to be a strong advocate for herself and not shy away from anything!

Columbus, Ohio
Acute Myeloid Leukemia
Transplanted in 2019
Many thanks to The Ohio State University Comprehensive Cancer Center, the American Society for Transplantation and Cellular Therapy, Incyte and Kadmon, a Sanofi Company for helping us share Brooke’s story.
In a perfect world, Brooke Ashley Dover – who spent her teen years and early adulthood lovingly tending her mom through congestive heart failure -- would never have set foot in a hospital again. But life can land us back where we least wish to be. 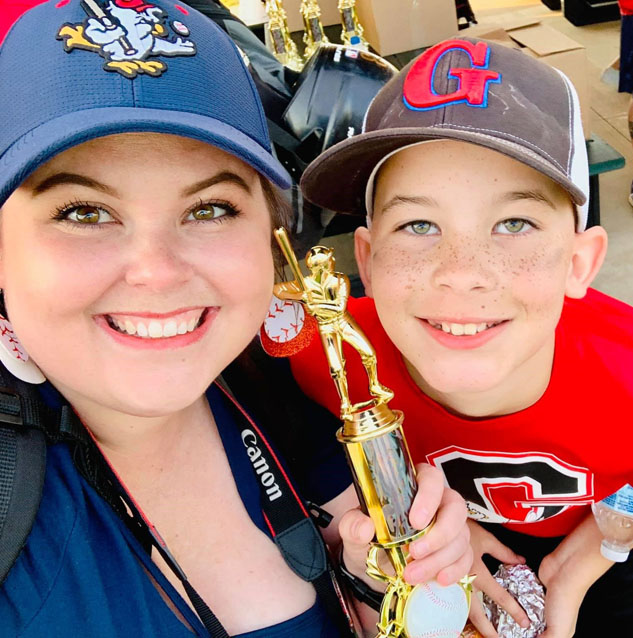 On a hot summer night in 2019, Brooke found herself strangely out of breath while watching her son Camdyn’s championship baseball game. After a brief misdiagnosis of pneumonia, Brooke was told by an ER doctor she’d only just met, “There’s a mass on your breastbone.”  Brooke felt blindsided. “I thought, last week I had pneumonia and this week I have cancer?” She instantly called her fiancé, Anthony, whose reassurance buoyed her. “He said, ‘We will figure this out, we will get through this.’”
Erica, Brooke’s ‘mother-in-love’ (“We’re so close that’s what we call each other!”) advised Brooke to go to The James Cancer Center. There, she underwent additional testing and the doctors allowed her to go home to await the test results.
Brooke even returned to work briefly. As Brooke remembers it, “I got to work on Thursday, I felt good. I had on a pair of flip-flops that broke, so my friend lent me slippers to wear around the office. I took a selfie, and wrote, ‘Feeling so good today, thanking God.’
At around 4 p.m. a doctor from The James called and said, “How quickly can you get here?’” The mass, it turned out, was not on her breastbone, but on her lung tissue, and it was a sarcoma.
When she and Anthony entered the hospital a mere hours later, with their son Camdyn, Brooke remembers Cam looking up and saying, “Mom, it’s gonna be ok, you’re in the best place to fight cancer.” Brooke recalls thinking, “How does he know?” 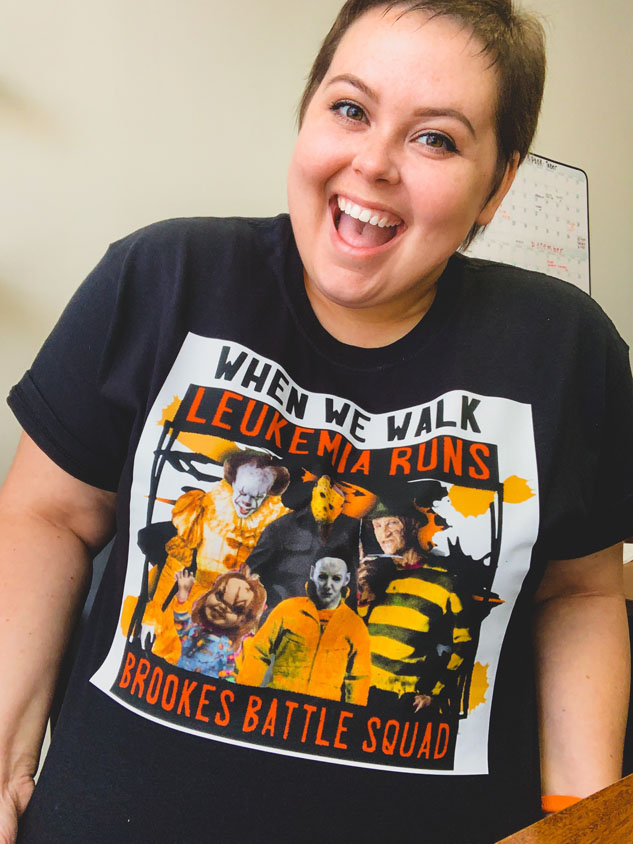 Happily, Camdyn’s words were prescient. Brooke’s medical team offered her the option of a new protocol designed to target specific cancer cells. She remembers telling her doctors, “We’re going to target it, I don’t want anything coming back!” At the same time, Brooke brokered a deal to delay treatment just long enough to send Camdyn off to his first day of 3rd grade, with unspoken fears that this might be her last chance to see him start a new school year.
After two rounds of the targeted chemo, results were mixed. Officially Brooke was in remission, but a small spot remained on her lung. She was referred for a transplant consult, but, as she put it, “I was not for transplant. I think if I didn’t have a son I might not have gone through with it.” 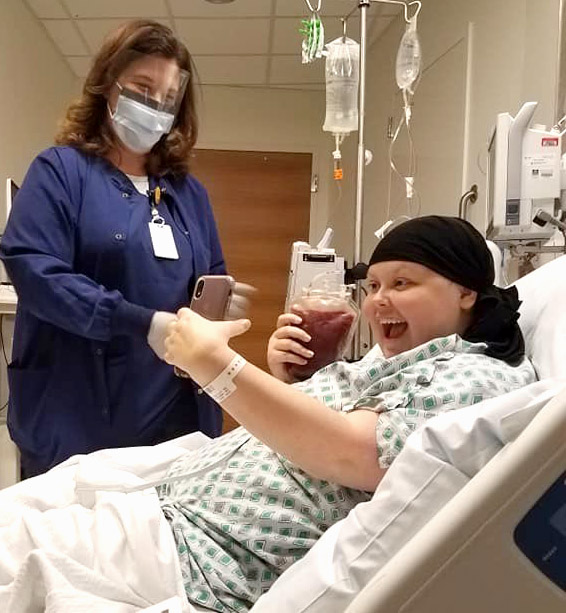 Her transplant doctor, Dr. Aymann Saad was reassuring, and Brooke took comfort in his first name, pronounced “amen” which felt, “like a sign from God.” She remembers feeling, “I have to listen to this man.”
The search for a donor began and, after a false start, a 19-year-old girl who was a 9 out of 10 match was located in Luxemburg.
Transplant was particularly tough for Brooke because Camdyn was too young to be allowed onto the ward. Brooke joined him daily in the lobby on her floor, though there were risks to this exposure. Nevertheless, she feels Camdyn’s visits helped tremendously by enforcing routine and the need to pull herself together. She put it simply: “By 3 p.m. every day, I had to be able to look like a mom.”
“The relationship I had with my mom made me the mother I am,” Brooke says. “I tell my son: there’s nothing in the world I could tell you to convey how much I love you.”
In a very practical way, Brooke’s experience with her mother also helped her through. As Brooke says, “I learned early in life how to advocate for a patient, this time myself. I don’t shy away from anything. The first 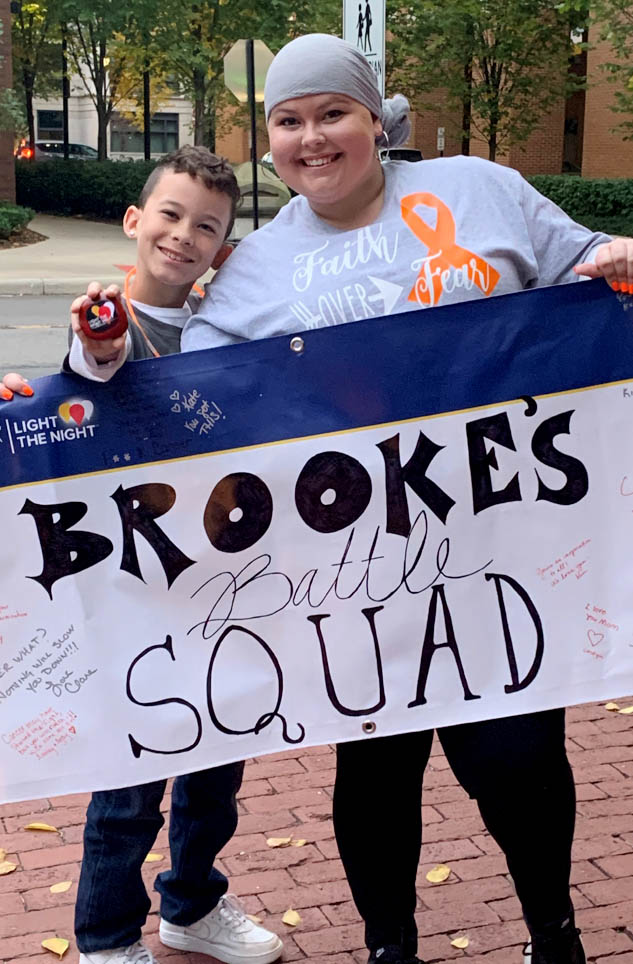 time the doctors rounded my case they stood outside my door. I got up and invited them inside! I told them, don’t sugar coat anything for me. I’m nosy, and I want to know everything. Including my own prognosis.”
Ultimately, all of Brooke’s hard-won medical fluency, self-advocacy and faith paid off. On January 3rd, 2020, she started the new year by joyfully returning home. She hasn’t, she’s happy to report, spent a single night in the hospital since.
Though she doesn’t depend on this blessing as permanent -- as Brooke put it, “You don’t know when your life can change, it can happen in a moment” -- she also knows that life can change just as fast, for the better.

As one of the premier cancer hospitals and research institutes in the United States, The Ohio State University Comprehensive Cancer Center – James Cancer Hospital and Solove Research Institute is home to one of the nation’s leading Blood and Marrow Transplant and Cellular Therapy programs. Since its inception in 1984, the program has grown to be nationally and internationally recognized for the caliber and expertise of its physicians and staff. Additionally, the nursing team has been nationally recognized multiple times for exceptional patient care by the American Association of Critical-Care Nurses.

Kadmon, a Sanofi Company, is a biopharmaceutical company that discovers, develops and markets transformative therapies for unmet medical needs. 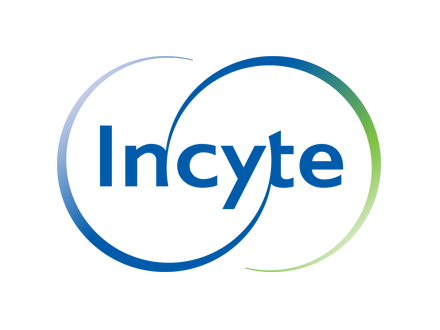