A mother who refused to give up and three transplants later, Joseph is full of life.

Far Rockaway, Queens, New York
Juvenile Myelomonocytic Leukemia
Transplanted in 2017 and twice in 2019
Many thanks to Cohen Children’s Medical Center/Northwell Health and the American Society for Transplantation and Cellular Therapy for helping us share Joseph’s story.
If you are the young mother of a sick baby, perhaps the one person you want by your side more than anyone else in the world is your own mother. For Maria Borja, this was very much the case. While caring for her critically ill infant son, Joseph, she tried desperately 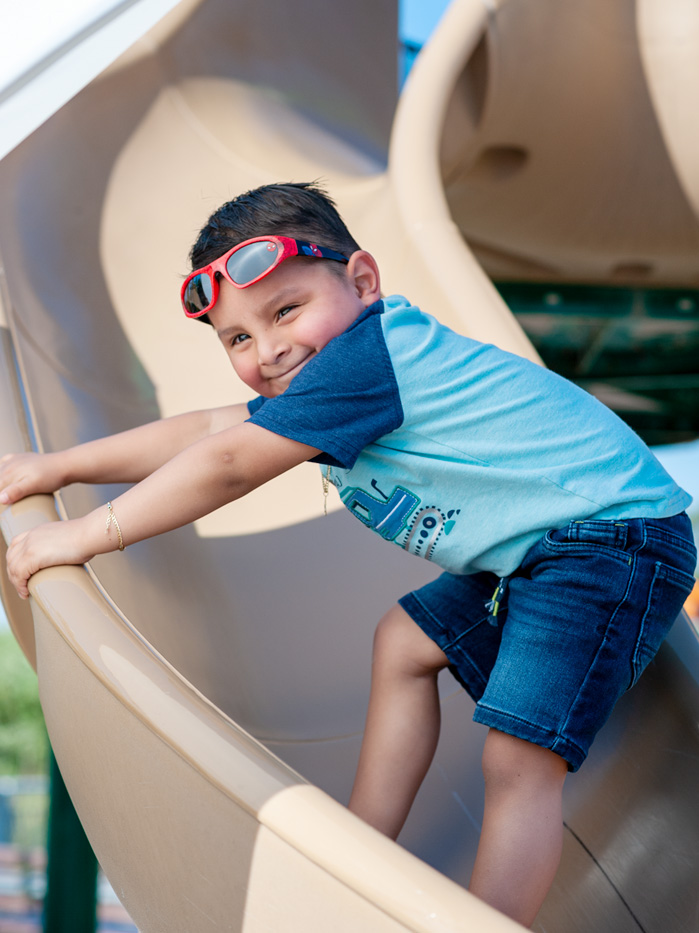 to arrange for her mother to join her in New York from El Salvador. Maria applied for an emergency visa on her mother’s behalf, but ultimately the application was denied. And so, almost entirely on her own, Maria continued to love and care for her son Joseph as he journeyed through leukemia and three (yes three) transplants –one stem cell, one bone marrow and one cord blood -- back towards health.
Their odyssey began when Joseph was just two months old and Maria noticed his stomach was unusually swollen. She took him to two different pediatricians. Both told her there was nothing to worry about. Still, Maria worried. Joseph was fussy and easily tired and had developed thrush on the tongue. The doctors once more reassured Maria that it was not a concern, only a mild fungus from drinking milk.
But Maria was not convinced. By this time, she was taking Joseph to the hospital nearly every week for a series of coughs and cold symptoms which never fully resolved. She began losing days of employment. When the fungus spread to Joseph’s cheeks, his doctors finally grew concerned. They did emergency blood tests and told Maria that they would call her shortly with the results. As soon as Maria returned home with Joseph, she got a call instructing her to go directly to the emergency room at Cohen Children’s Medical Center on Long Island, where a subsequent biopsy revealed a diagnosis of leukemia.
Maria describes a feeling of her “world going down.” Her worries about her job fell away, as did her worries about everything except for her darling son’s survival.
In December of 2017, after a course of chemotherapy failed to slow the disease, doctors told Maria that a stem cell transplant was necessary, but no matched donor was available. The only option was a transplant using Maria’s cells. At just seven months old, Joseph received his first stem cell transplant. Because Maria’s cells were not 100% compatible, this was only a temporary solution. It was hard for Maria to know she wasn’t a perfect match for her baby, but she took heart knowing she was buying the doctors time to find an ideal donor. 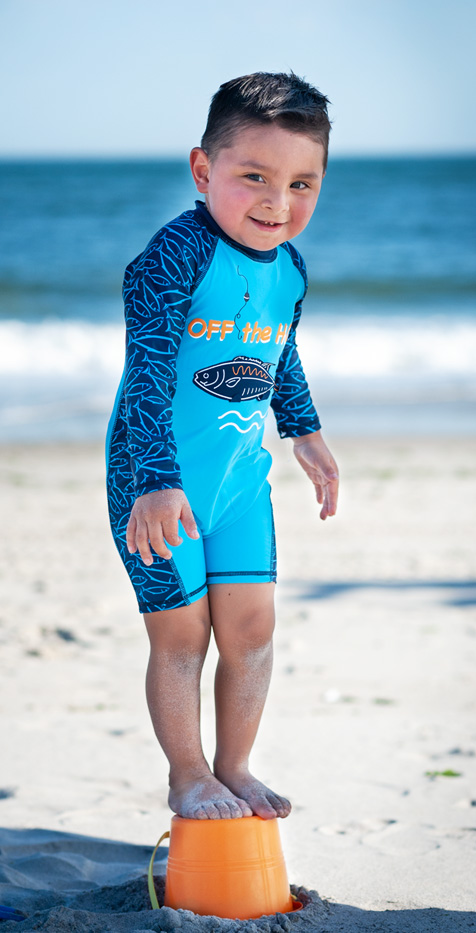 By June 2018, Joseph’s doctors decided that the time for searching was over: he needed a second transplant immediately as the leukemia was progressing. Once more, they turned to Maria to donate – but this time instead of stem cells, she donated bone marrow. Unfortunately, within two weeks this transplant had essentially failed and the search for a perfect donor intensified.
Happily, the third time was the charm.
In Sept. 2018, doctors at last identified a strong match from a cord blood donor. From that day forward, Maria received a continuous stream of good news. Joseph sailed through transplant and recovery. He is now a happy, healthy five-year old, able to do normal childhood things – Maria regularly takes him to the beach, which he loves. He also goes to school. Asked to describe her son, Maria says, “Joseph is a happy boy. He is fortunate.” Watching his strength grow, Maria says, makes her feel stronger every day.
After being asked about advice she would give other parents going through a similar ordeal, Maria takes a big breath and a long pause. “When they think that the world is going down,” Maria says, “they have to look at their babies, and their kids, and have faith that God is the one who can help. And don’t give up. At the end of the storm look for the rainbow.”

The American Society for Transplantation and Cellular Therapy (ASTCT), formerly known as the American Society for Blood and Marrow Transplantation, is a professional society of more than 2,200 healthcare professionals and scientists from over 45 countries who are dedicated to improving the application and success of blood and marrow transplantation and related cellular therapies. ASTCT strives to be the leading organization promoting research, education, and clinical practice to deliver the best, comprehensive patient care.
Photo Credit: Ann Billingsley, Brooklyn, NY annbillingslyphotography.com
English
© 2023 BMT Infonet All rights reserved.