Brimming with life, passion and purpose drive Nikki to support kids with cancer and their families

At 16 years old, Nikki Karg was making her mark as a defensive player on her high school varsity hockey team. Playing hockey since she was four, Nikki had dreams of being a college star and by the time she was in 10th grade, she had been scouted by an assortment of them. 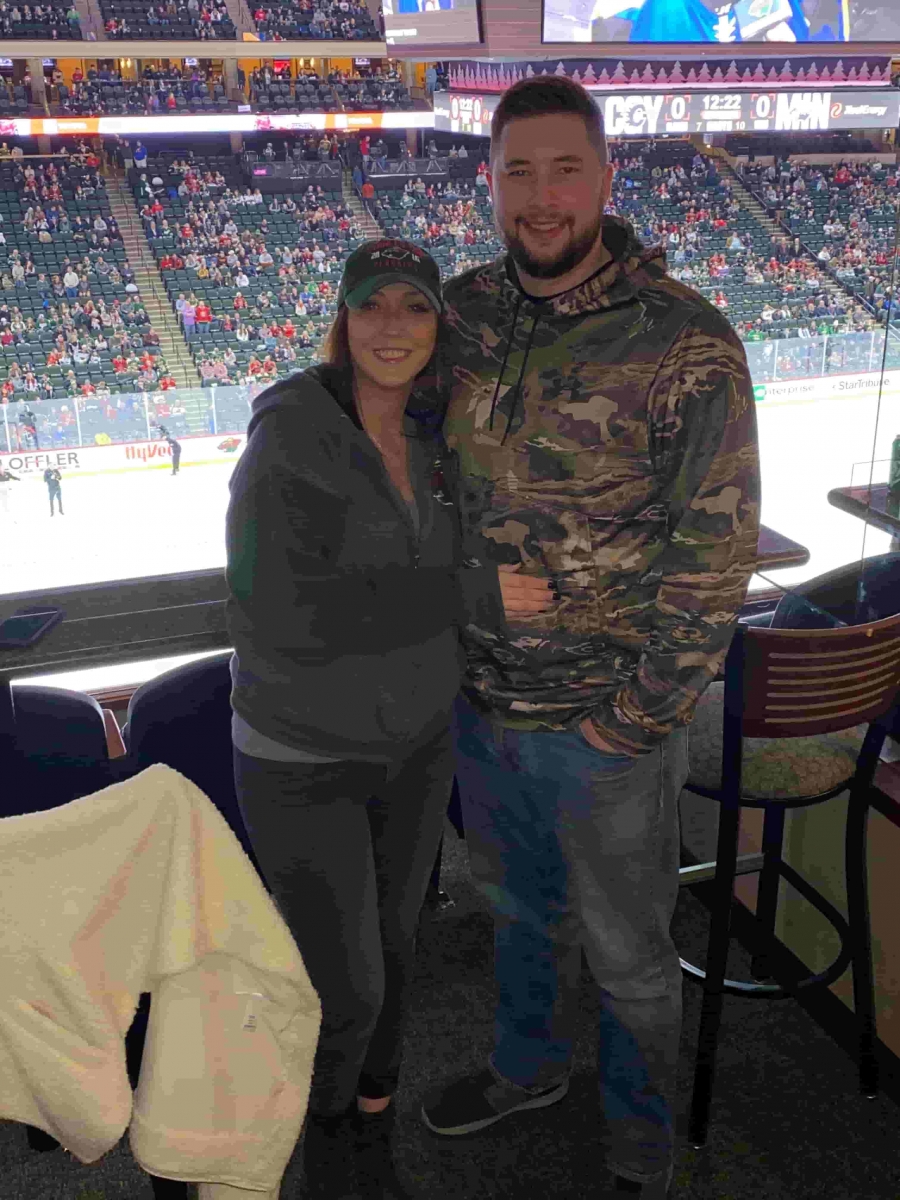 Nikki’s knee had been swollen and bruised for four months but her family was not one to leap to a doctor. She assumed she had taken too many shots to her knee during hockey. She followed the team trainer’s physical therapy protocol. She protected her knee with a tightly wrapped ace bandage while playing her usual aggressive game in the state hockey tournament.

Not long thereafter, she told her mom she could no longer handle her pain. Her mom took her to their internist, who advised them to go to a children’s hospital that had an oncology department.

This was the first time she had heard the word “cancer.” She couldn’t take it in – after all, she was the athlete in the family and had always been healthy.

The following morning she was given her diagnosis: acute lymphoblastic leukeumia.

Things moved quickly. Her mom sprang into action, clearing her schedule so she could be with Nikki in the hospital day and night. Nikki had always been independent, the kind of kid who would figure things out on her own, but during chemo and radiation she let her mom take over. Transplant would be necessary.

Her sisters Jess and Jenni were immediately tested to see if they could be donors. Jenni was a perfect match and she started working out and choosing healthy food.

Having three allergic reactions to her chemo treatment, Nikki was restricted to the hospital thereafter, including the 30 days after she had her transplant. It was an isolating time and she often sought refuge in her journal.

Looking back now, five years later, Nikki says she would have had a frank heart-to-heart with her 16-year-old self.

“I refused meeting others because I didn’t have my hair and I was fat from steroids. I just wasn’t who I normally am,” Nikki says,  “And that was scary.”

Most of all, she would have advised herself to put aside her dislike of being the center of attention because, in the end, going it alone was nothing to be proud of.

“I feel like patients need to be pushed to see how important it is to connect with people who are going through the same thing because no one else really understands.”

So Nikki has made it her mission to make it easier on children and their families who are struggling with cancer. It started with telling her story, which she gladly does whenever she is asked.

She shares her story to help people understand that they never know what someone else is going through. She tells her story to cancer patients to inspire them to continue their battles. She presents her story at gala events to fundraise for medical research and to raise money for families dealing with staggering bills.

Nikki is adamant that kids need to be educated on how to respond to a friend’s serious illness. She remains intensely grateful to the teacher who fought for Nikki when she returned to school to wear a hat during class; it was a shattering reminder of how little the school understood her illness.

And there’s another reason why she wants to tell her story.

Nikki certainly understood that healing post-transplant would be difficult. But she had not been warned about what was ultimately diagnosed as graft-versus-host disease. It started with a tight ankle that made walking difficult. She underwent a body scan and was given a boot. It was when her hand started tightening up and freckles surfaced on her skin, which later erupted in sores, that she was diagnosed.  For Nikki, this has been a longer-term battle.

She intensely missed hockey, so returning to the ice became her motivation to push herself to regain her strength. Her senior year she played on the JV hockey team and eventually, played in the state tournament.

Off to college, she reveled in the fact that she was no longer known as the girl who had cancer. She’s now a proud graduate who is doing what she feels is her calling – working within the cancer community.

It is indeed a community Nikki has created. She has met life-long friends. She works at Pinky Swear Foundation, which supports families with kids who have cancer. In Nikki’s words, “there’s no reason not to wake up every day with a smile on your face because it’s a gift that you’re healthy – I don’t take that for granted.”

She continues her passion for hockey, coaching a high school hockey team for the past five years. She loves skating and working out with her girls.