Before my diagnosis I was your typical 22-year-old. My priorities were boys, drinking and hanging with friends......

by Jaclyn (transplant survivor, Jacqueline Epstein)
(lyrics)
I’ve been beat, I’ve been broken
These lost words, never spoken
but baby, I’m still alive
When I was down and at my lowest
I lost people who were the closest
but baby, I'm still alive
Release my grip and watch my old self fade away
Death at my bedside, I’m starting to pray
I breathe in the pain, in the shadows I thrive
Like the phoenix I rise, cuz I’m still alive
I am hell and I am holy
My demons cannot control me
I’m still alive, I’m still alive, I’m still alive
I’m still, oh baby, I'm still alive
Oh baby, I'm still alive
It was 2016.  I had just graduated from college with a degree in Arts Management and was ready to start life in the “real world”. I was going on job interviews and having summer fun when I found a large lump on my right clavicle bone. I didn’t think anything of it, but my mom forced me to see a doctor. After seeing doctor after doctor, I was diagnosed with Hodgkin lymphoma stage 3.
The world stood still.  I thought ‘how could this be? I am 22 years old. I thought cancer was an older person’s disease.’
Before my diagnosis I was your typical 22-year-old. My priorities were boys, drinking and hanging with friends. Now I watched the world around me continue to move forward while my world was on a hard pause.
I was numb, I was confused, and I was scared. I was told my cancer was curable in 85 percent of patients and in six months I would be fine.
Before my first chemo I decided to freeze my eggs. The chemo would make me infertile, and even though I was 22 years old and kids never even crossed my mind, I decided to freeze my eggs, just in case.
For my first round of chemo, I sat in a cold white chair with my mom, dad and sister by my side. I didn’t know what to expect. The only time I experienced someone getting chemo was in the movies. I was petrified.
I had a wonderful nurse who put me at ease. She told me this would just be a snapshot in the rest of my life, and not to worry.
After tolerating multiple rounds of chemo, it was time to be scanned to see if the cancer was gone. The waiting is the worst part because it can easily be the best day of your life or the worst. Finally, my doctor came into the room and right away his face said it all: it was going to be a bad day. 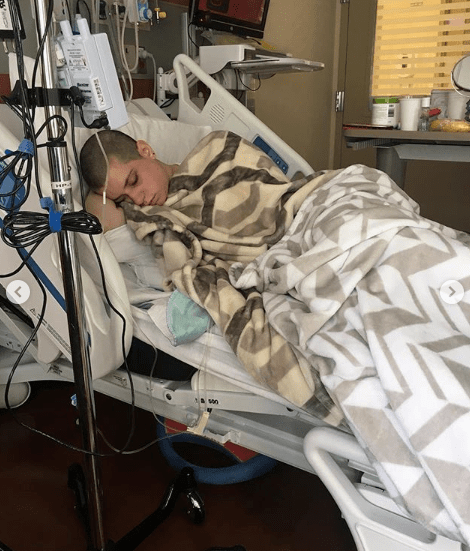 The next step was to try a different, harsher chemo. I did two separate rounds of this new chemo and then had another scan. I thought to myself, ‘this chemo has to have worked because of how sick I feel’. Whatever hair I had left had fallen out, and whenever I wasn’t sleeping, I was vomiting.
When my doctor came in with my scan results, I knew it was another bad day. I was among the 15 percent of patients with this disease for whom chemo, alone, didn’t work. That was the first time my doctor talked to me about a bone marrow transplant.
Truthfully it sounded terrifying, like I was signing my life away. The side effects, alone, sounded like a death sentence. It was time to regroup.
My doctor didn’t want me to have the transplant until I was in remission. Being in remission would increase the likelihood that the transplant would be successful.
My mom found a clinical trial at Memorial Sloan Kettering for patients with Hodgkin lymphoma. There was only one spot left in the trial and I got it.
Up to this point, on the days I felt well enough, I was in the music studio, constantly singing and creating music. I started to notice my voice change and get raspy. After awhile, I started to lose my voice completely.
An ear, nose and throat doctor told me my vocal cords were paralyzed.  He said that it could be permanent, but only time would tell. That was the most devastating news of all. Music was the one thing getting me through the dark times and it was taken away from me. Thankfully, with time, my vocal cords slowly started to heal.
After a couple of months of treatment on the clinical trial, my cancer was 90 percent gone. The last step before my bone marrow transplant would be radiation to get rid of the remaining disease. I was thrilled, but what did this mean for the future?
While mentally and physically preparing myself for my bone marrow transplant, I met a boy named Dan We hit it off instantly. He knew my story and didn’t care.  We were only dating for three months before my transplant. I told him he didn’t have to stay, and when this is all over, we could rekindle our relationship.
He replied with “you’re not getting rid of me that easily”.  He was a major part of my support system throughout the transplant and still is today.
Finally, the day of transplant came. I was ready for battle. I was stronger, I was wiser. I was not that same little 22-year-old girl I was when I started this battle.  I’d been to hell and back and I was ready for the last fight.
My mother was by my side the whole time. She was not only my caregiver but my sanity and my best friend.  With the chemo, my body slowly started to shut down. My immune system became weaker every day. I wasn’t able to take care of myself.  I was very weak and couldn’t even keep down water. I was in the hospital for a month.
One night I had shortness of breath. It was the first time during my journey that I thought I was going to die. I felt an overwhelming sense of regret that I didn’t get to do music as a career. I made a promise to myself that if I made it out of the hospital, I was going to do music. Life is too short not to try to do what you love.
On one of the last days in the hospital, my mom got me out of bed, and we walked through a glass hallway overlooking Manhattan. She said something so profound to me: “Your path will change a hundred times, but the goal remains the same”. My goal was to get better, and although it didn’t happen in the six months I had initially expected, it was still my goal and every day I fought to achieve it.
After I was released from the hospital, I was confined to my home for another three months while my immune system recovered. As soon as 100 days passed, I got back into the music studio and wrote a song called ALIVE. The song is meant to give hope to those still battling, who don’t see that light, not only with cancer but with anything they are going through. 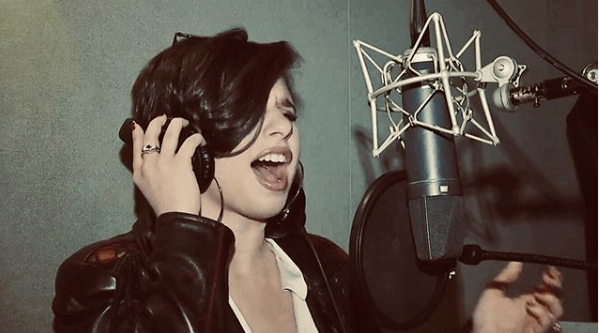 I am currently pursuing music full time. My first full EP album, featuring Alive, comes out in mid-July 2020.
Dan and I are engaged.  I got a second chance at life, and cancer has taught me lessons that I don’t think I would have learned if this didn’t happen to me.
For anyone who is wondering if they should get a bone marrow transplant, I can tell you this:  Although it was a difficult journey, I am currently almost three years in remission, and everything I went through now seems like just a snapshot in my life.
And I am ALIVE. 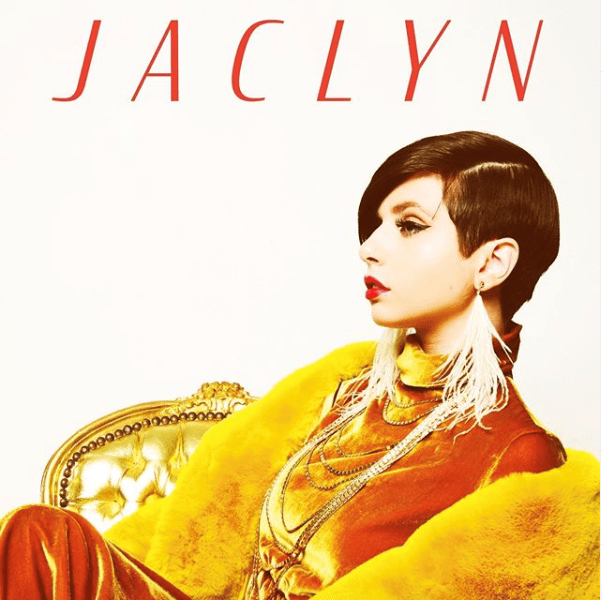