If you ask him, Braulio Correa will tell you that he's the same as he was before his bone marrow transplant, only better.

If you ask him, Braulio Correa will tell you that he's the same as he was before his bone marrow transplant, only better.  Born in 1992, he's been a son, a student, a friend, a boyfriend, a lover of Egyptology, a kosher cook, a songwriter, a heavy metal band member, and a spirited survivor of his 2012 bone marrow transplant at age 20.  With many separate chapters already lived this early in his life, Braulio's now bringing them together. 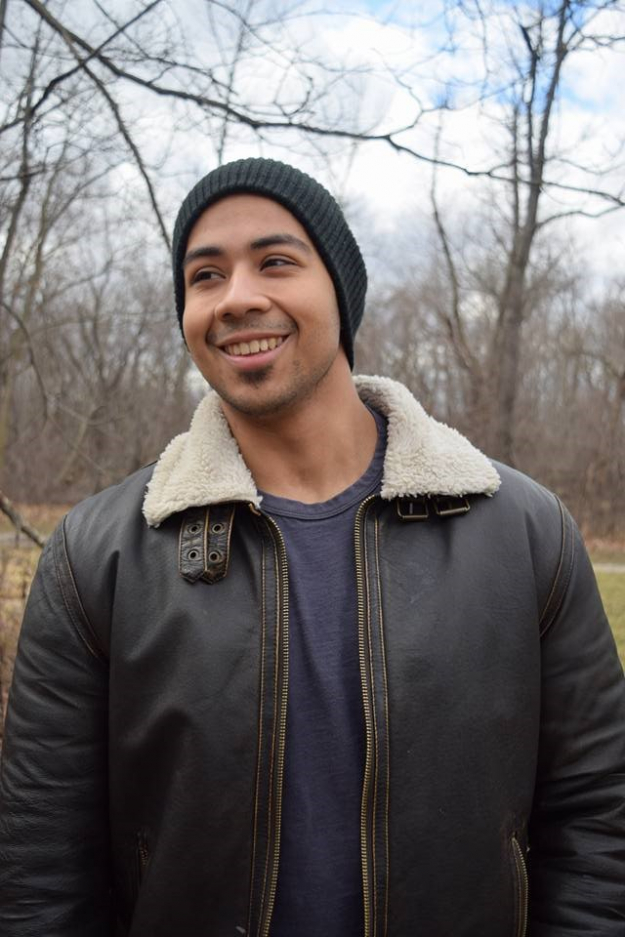 After graduating high school in 2010, Braulio was eager to play the guitar he had fallen in love with at 14 and immerse in the heavy metal music he had discovered with new friends in high school.  He wanted to write songs and work on performance.  He was not focused on going back to school – he had a job and his music.

One day in September of 2012, he felt so awful with nausea and headache that he could no longer ignore the fevers and growing pain in his bones that he'd had for three months.  He imagined the pain to be arthritis, because daily tasks, like opening bottles, were becoming increasingly difficult.

He went to the emergency room where doctors announced that he had a very high white blood count and acute myeloid leukemia.  He was immediately hospitalized.  On September 17th, he started chemotherapy that lasted until the day before Thanksgiving.

"I was in a state of disbelief," Braulio says, "I was expecting something like, "here, take this pill and you'll feel better'.  The hardest thing was telling my mom."

But there was no pill, and the chemotherapy that he had been told was a necessity was not working to kill the cancer.  Braulio's doctor told him that what would save him was a bone marrow transplant.

He was allowed to go home for a week and needed to be back in the hospital for total body radiation and the intense chemotherapy that would prepare him for the introduction of donated stem cells on December 8th.

"My images of transplanting bone marrow were scary.  I thought they would have to crack open my bones, scoop out the marrow from them and replace it with someone else's marrow," Braulio says.  "It was, of course, nothing like that!  No cracking or scooping."

After the transplant, he was in isolation with only a few visitors allowed – his parents and best mates Josue and Byron – and they all had to wear special yellow suits and masks over their mouths.  After almost a month recovering, dreaming of his friends and his music, Braulio was sprung right before Christmas.   His ordeal was over.

Today, Braulio’s life has the same elements, but it's more focused and robust.

Where he worked out before, he now lifts much heavier weights and he's added running to his routine.  He’s stronger than he has ever been.

Where his band Savagery used to play to small audiences, those audiences are getting bigger and there are shows and tours in multiple states.  Savagery is now featured on a compilation CD that will be an insert in a popular magazine and a full-length album is in the works for 2017.

And where school was a distant idea for another day, he's now getting his associates degree so he can transfer to a four-year college in 2018 to get his bachelors degree in archaeology and really explore ruins rather than just watch exploration in movies like Indiana Jones and The Mummy.

It's all coming together for Braulio.

I was intimidated by so many things before," says Braulio, "but I wanted to get back to life so much.  I have used the transplant for motivation and I now have confidence I’ve never had.  Everything is a breeze."